You are here: Home / Club News

The RRCA has designated Columbia and Howard County as a Runner-Friendly Community!

Check out our official press release for more information! 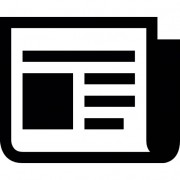 Happy new year and congratulations to all of our club members for their running achievements in 2017! The Striders held their annual potluck banquet and club meeting on January 6th. Check out the annual award winners from the banquet!

We also have a new issue of our quarterly newsletter Footprints, available to read now!

Check out the latest fall results from the Howard County Striders racing team!

Once again this winter the Howard County Striders have arranged to have the stadium lights on during the winter! Every Wednesday night starting on November 1st, the track lights will be on at Oakland Mills High School from 6:00-7:30pm. The Striders provide the lights using part of your membership dues to provide a safer place to run and workout during the dark winter months.

The end of the year is quickly approaching, which means it will soon be time for our Annual Awards Banquet and Club Meeting! Each year at our banquet we give out awards to our members in a variety of categories. The nominations committee is now accepting nominations for this year’s awards!

Here are the rules:

We are accepting nominations for the following categories:

The Fall 2017 edition of Footprints is now available!

The latest edition of the Footprints newsletter has arrived!

After careful consideration, the Howard County Striders regret to announce that the 2017 Metric Marathon has been cancelled. Planned construction will cause the pedestrian bridge over Route 29 to be closed for several months when the race is typically held. As former Metric runners know, the bridge and bike path form the final miles of the course and provide a safe way for runners to cross over Route 29. Alternate courses were considered, but none were viable due to safety concerns, which the race directors take very seriously. The race will be on hiatus and the Striders will evaluate if the race can resume in 2018. Thank you for your support and understanding.

The Howard County Striders Picnic will be on Sunday July 30th from 11am – 4pm at Centennial Park Pavilion G.  See our event page for more details.