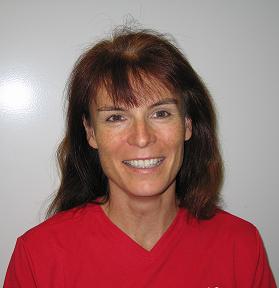 Bea’ Marie Altieri joined the Striders in 1993, after having run in many club races. After her first race as a member, the Clyde’s 10K, she was hooked on the camaraderie and developing friendships that ensued. Meeting her husband, George, who was also a Strider, sealed her commitment to the club. As a Strider, she ran “PRs” that ranged from a 4:39 mile to a 2:50:01 marathon and competed as part of Striders teams for many races, including the Cherry Blossom and the RRCA Club Challenge. She was the Strider Female Runner of the Year each year for 1993-1996, the Potomac Valley Region Long Distance Runner in 1998, and winner of the Philadelphia, Disney and Tampa Marathons, plus the JFK 50-Miler.

Bea’ Marie has also competed in triathlons, including the Hawaiian Ironman, and has won the Blackwater Eagleman ½ Ironman in Cambridge, MD. She and George, also an elite runner, moved to Florida in 1999.