You are here: Home / Awards / Hall of Fame / David Tripp 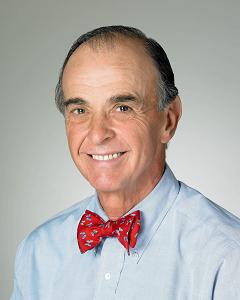 Dave Tripp joined the Striders in 1977. In 1978, he was urged, by the club’s founder, Don Heinicke, to help organize a more formal structure for the fledgling group. He was the President of the Howard County Striders, Inc. for its first five years, and he was instrumental in obtaining the club’s liability insurance and RRCA membership. In the early years, he was director of the weekly race series and was the force behind the creation of the RRCA Ten Mile Challenge Race, the Columbia Birthday Classic, the Turkey Trot and the Resolution Run. When both of his sons started running, Dave became heavily involved with the Junior Striders and subsequently with high school cross country and track and field programs, becoming a certified official by the National Federation of State High School Associations for more than 20 years.

After leaving the Board for four years, he rejoined it as Treasurer for six more years. He is a fixture at the finish line of the club’s special races and of high school events. Dave also had a distinguished career as a masters runner (he didn’t start running until 1977 when he was 36). From 1978 through 1999, he completed 21 consecutive Cherry Blossom Ten Milers, three times breaking 60 minutes. In 1978, he ran the first of 26 marathons. He broke three hours six times, qualified for the Boston Marathon (he ran 2:59 in 1982) 15 times in a 17 year span, and had a marathon “PR” of 2:50:31. Dave ran 35:59 in the Constellation Classic 10K on Memorial Day, and in 1984 he was a member of the Striders’ record setting 24 hour relay team (10 masters runners) that clocked 241 miles. In 1989, he was a recipient of an RRCA National Volunteer Award, and in 2005 he was inducted into the Howard County Community “Sports Hall of Fame.”