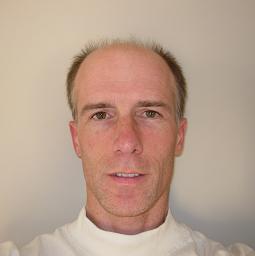 Gerry Clapper joined the Striders in 1986, shortly after moving to Maryland from Maine, where he had been a top high school, college and open runner. He soon established himself as one of the best in the Baltimore-Washington area, too. Among his “PRs” are: 4:09 for the mile; 8:09 for 3000m; 13:55 for 5K; 28:49 for 10K; 48:45 for 10 miles, and 2:30:53 for the marathon. He won many Striders’ races over the years, and was named the club’s Male Runner of the Year on several occasions. Starting with the 1986-87 indoor track season, he assisted his wife, Caskie, in coaching the Oakland Mills High School track team (indoor and outdoor) for five years.

During that time the boys’ team won State Championships indoors (once) and outdoors (twice). He also assisted in coaching the Oakland Mills Cross Country team from 1988 to 1991, years in which the boys were State Champions three times and runners-up once. In 1994, he was the first Race Director of Run Through the Grapevine, a cross country race though the vineyards of Linganore Winecellars’ winery. Gerry bakes dozens of loaves of banana bread for the race every year. The race has grown from 169 participants in the inaugural year to a current level of around 500. In 1995, he joined the Striders’ Board of Directors, serving for six years (four as Treasurer). For many years in the 1990s, he captained Strider teams in the Cherry Blossom 10-mile race. The Striders team won five of the first six years that the running club competition was part of the race. Gerry was also the Race Director of the Meet of Miles event for many years, dramatically increasing participation in the event through his efforts. In 2004, Gerry was inducted into the Maine Running Hall of Fame.