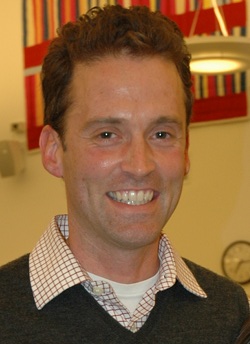 Jason Tripp started running with a 2.5 mile “Run for the Health of It” when he was five years old. He ran the whole Homespun/Broken Land Parkway loop without stopping. For many years thereafter, he was a fixture at the weekly fun runs, moving up to the longer distances as he grew. At seven years old, he ran a 45 minute 10K at the Constellation Classic. He was a charter member of the Junior Striders (for more than 10 years) and ran in several AAU Junior Olympic National Championships. At Oakland Mills High School, he was a significant part of the school’s running dynasty. He accumulated 11 varsity letters in cross country and track and field, and was a team captain at least five times. The teams won four consecutive state cross country championships and several more indoor and outdoor state track and field championships. During two of his high school years, he served on the board of the Striders as head of the Membership Committee. He went to Haverford College, a Division III cross country and track and field powerhouse. Again, he was on the varsity for four years as the team won twelve consecutive Conference Championships. Among his highlights were a victory in the Millersville 10,000 meter race on the track and running for Haverford’s team in the NCAA Cross Country Championships.

After college and a brief sojourn to California, he returned to Columbia in 1996, and he has been a force in running and volunteering. He was again elected to the Striders Board of Directors and has served as head of Membership, vice President and head of Nominations and Selections. He was instrumental in forming the Feet First Howard County Striders Racing Team. He frequently works finish lines of club races and of high school events, and is reputed to be the best “select timer”. He has also served for a number of years as Race Director for the Run Through the Grapevine 8K.

He’s won the Metric Marathon, and has consistently been a high finisher in every race he enters from one mile through the marathon. His recent “PR”s include 2:38:26 at the 2006 Baltimore Marathon; 55 minutes for the Broad Street Run (10 miles); 33:15 at Pikes Peek 10K; 16:30 at Habifest 5K; and he won the 2006 Rockville Triple Race Series for the best overall combined performance in Pike’s Peek 10K, the Rockville Twilighter 8K and the Rockville 10K.