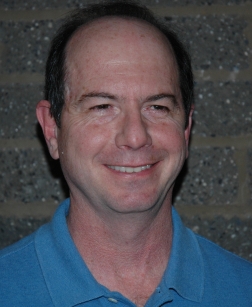 Jim DiSciullo joined the Striders in 1981. Prior to that, he ran in high school and college, giving him a long, productive career. His “PRs” include 9:28 for two miles, 14:45 for three miles, 31:05 for six miles and 2:51:52 for the marathon (as a master runner). In addition, over the years, he has run on numerous Strider teams, but he’s undoubtedly best known as the Striders’ computer “guru.” Jim and a friend developed “RaceTrak,” a software program for producing race registration, results, information and statistics. Since 2000, Jim has been solely responsible for all updates and revisions to RaceTrak, which has sold more than 150 licenses worldwide. For many years, Jim has provided the computer services for virtually every significant Strider race, and a large number of non-Strider events. Among these other events, were numerous high school cross country meets, including the Howard County Invitational and the Howard County Championships, as well as the Regional Championships.

Jim’s strong sense of responsibility to the club was such that he constructed his work, vacation and family time around the schedule of all these races. While other volunteers generally worked when convenient, Jim worked whenever (every time) the club needed his services. His devotion and total competence gave him the credibility to create a series of semi-annual Race Directors’ meetings. These sessions have brought together (and continue to) more than a dozen of the area’s race directors to share information and resolve issues and problems of mutual concern. Among the many benefits from these meetings have been higher quality races and the development and production of a “Guide for Race Directors,” which codifies the elements necessary for successful road races. Jim has also served on the Board of Directors of the Striders, currently oversees the club’s membership and mailing lists and is particularly proud of the “Run Through the Grapevine” shirts which he’s designed since 1996.