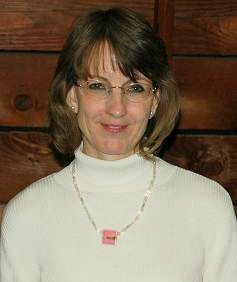 Kathy Heckman joined the Striders in 1978, when she and her husband, Jim, moved to Howard County. Kathy ran cross country and track at Catonsville Community College — on the men’s teams! In the late 1970s, many people still believed women weren’t really capable of safely running more than a mile or two. Even the Olympics didn’t have a women’s competition at a distance of more than 1,500 meters until 1984. Ten years prior to that, Kathy ran her first marathon in 3:26, and that was the Maryland Marathon on the old, very challenging “Satyr Hill” course. In 1978, and again in 1981, she was the female winner of the Maryland Marathon. In 1984, in one of her nine Boston Marathons, she ran her “PR” – 2:46:16, which also qualified her for the United States Olympic Marathon Trials which determined this country’s team for the first Women’s Olympic Marathon.

Although Kathy was sponsored by Brooks Shoes for several years, the Striders also helped out. Between 1978 and 1988, Kathy ran many, many Metric Marathons, Clyde’s American 10Ks, Cherry Blossom 10 Milers, Lady Equitable 10Ks and 24 hour relays, and typically she won, or at a minimum, finished in the top five, and almost always while wearing a Striders’ singlet. In the late 1980s, Kathy retired from competitive running due to some arthritis and to devote her attention to her family. She and Jim live in western Howard County with their four children (all home schooled), her parents, Jim’s mother and numerous animals.

Not only was she a national class athlete — one whose times even most men can only envy or dream about — but Kathy accomplished her records at a time when it wasn’t fashionable for women to run, let alone do so competitively. She was/is a pioneer, a role model, an intense competitor, a good friend to all and a genuinely nice person.