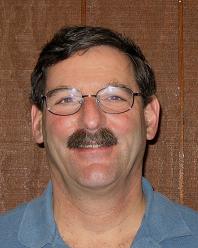 Paul Goldenberg has been a Strider since 1984, when he started running after quitting smoking. The next year, he ran the Maryland Marathon — the really tough course that went up Satyr Hill. Through the end of calendar year 2005, he had run 54 marathons. He also does ultras — runs beyond 26.2 miles. Paul has finished the JFK 50 miler 13 times in a 16 year span and at one point had a string of 11 in a row. In 1985, he joined the Board of Directors of the Striders and has been re-elected every year since. Paul was President of the Striders for a four year stretch and served for many years as Director of Special Races.

Paul was the Race Director for the Columbia Birthday Marathon in 1993, when Columbia celebrated its 26th birthday. The event raised more than $13,000 for The Columbia Foundation. Paul has also been a long time supporter of Howard County high school cross country and track and field programs.